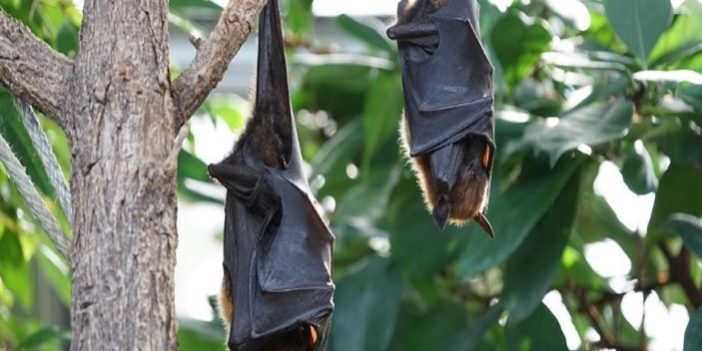 Integrated Pest Management (IPM) continues to be promoted by SASRI

Over the last two or three seasons, the topic of eldana control in the Midlands has been largely dominated by chemical control. Whilst this is an effective way of maintaining control of eldana populations, there are many growing concerns. One of the most important being the long-term implications of widespread spraying, with the impact of some active ingredients on beneficial, non-target insects.

Integrated Pest Management (IPM) continues to be promoted by SASRI, with a  focus on the planting of sedges to reinstate wetland areas (natural eldana habitat) and Melinis grass to repel moths, the release of natural eldana predators (flies and wasps), avoidance of planting cane in marginal areas,  regular scouting and planting of resistant varieties.

Recently, there has been a renewed interest in an aspect of IPM that has been overlooked — the importance of bats.

At a recent series of eldana grower days in the Midlands North region, Wendy White of the KZN Bat Interest Group got growers talking. Wendy explained the importance of both fruit-eating and insectivorous bats in the agricultural context of pollinating flowers for fruit production, dispersal and germination of seeds for forest re-establishment and, most importantly, the consumption of eldana moths (by the thousands!).

Aside from the direct consumption of moths, bats also help to control eldana populations through disruption. The mere sight or sound of a bat causes disruption to the moths’ behaviour and interrupts the movement and breeding of the moths.

Several studies have been conducted on the positive economic returns resulting from bats consuming insect pests, instead of using chemical sprays. A study in America showed that bats contributed a value of almost R4 000/ha per year (2007) in pest control services i.e. the bats equated to a saving of this amount that would otherwise have been spent on chemicals to achieve the same effect. The effect in South Africa is expected to be even higher since our bats do not hibernate, as is the case with American bats – which hibernate for up to 7 months per year.

In South Africa, a 2015 study on macadamia orchards revealed that bat predation of stinkbugs resulted in an avoidance of up to R45 million in pesticides (over 25 000 ha of macadamias).

Depending on their sex and breeding state, bats consume up to 73% (lactating female) of their body weight every night. In a study in Swaziland’s sugarcane region, the diet of African free-tailed bats was shown to comprise up to 50% moths, of which a high proportion were eldana, with a further 25-40% of the diet comprising mosquitos. In this study, it was estimated that the bat colony (100 bats) consumed approximately 30 tons of eldana moth per year.

When radio-tracked, the bats were found to show a distinctive preference to feed over sugarcane fields rather than riparian forest, savannah or urban areas. The bats travelled up to 4.8 km from their roost and had foraging areas of up to 1 437 ha.

It has been proven that bats are certainly beneficial in controlling insect populations.
So what can we do to facilitate this?

Bats are very slow breeders and 70% of the pups do not survive beyond the first year. Much of their natural habitat has been transformed to agriculture, thus roosting sites are limited. The first step is to encourage bats back into the area by creating suitable roosting sites, in the form of suitable vegetation and bat boxes.

Natural vegetation can be re-established along riparian areas to encourage tree-roosting bat species. Bananas can be planted in unused areas of the farm – these will attract banana bats, which roost in the uncurled leaves. They have been found to eat up to
2 000 mosquitos per night and are also important moth predators.

Artificial roosts, in the form of wooden bat boxes are also highly effective. Bat boxes should be placed away from indigenous vegetation (to avoid common species occupying the boxes and competing with rarer, tree-dwelling bat species) and should also not be placed near owl boxes, for obvious reasons!

Bat boxes should be placed near open water, as bats drink water when they leave and return to the roost. They should also be elevated at least 3 – 4 m above ground and the entrance/landing platform should face South East. So elevated water towers, grain silos and farm sheds are perfect structures to use for bat boxes.